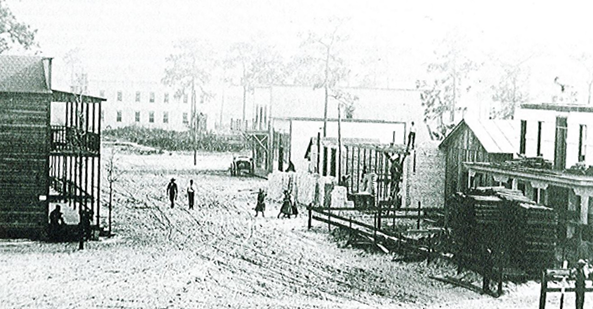 St. Cloud is one of two incorporated cities in Osceola County (the other being Kissimmee).  St. Cloud was founded on East Lake Tohopekaliga in 1909, and was an early home to the largest concentration of Union Army veterans in the South, hence its nickname "Soldier City."  Its Mount Peace Cemetery, established in 1910, is one of the largest union cemeteries located south of the Mason-Dixon Line with more than 400 Union soldiers buried there.

Reportedly the largest sugar mill in the nation operated in the late 1800s in what is now St. Cloud.  Some people believe that there are French roots to the city's name, while others say it may have come from the great white clouds that rose above the mill during the refining process.

Incorporated in 1911, the city prospered by luring veterans with inexpensive city lots, nearby farm land, and a "climate with no extremes." The first 1,000 lots sold for $50 each and the price later increased to $100 per lot.

In St. Cloud, many of the streets are named after states in the Union. According to the late St. Cloud historian Bob Fisk, this is because a street was given the name of the state from which its first settlers came.