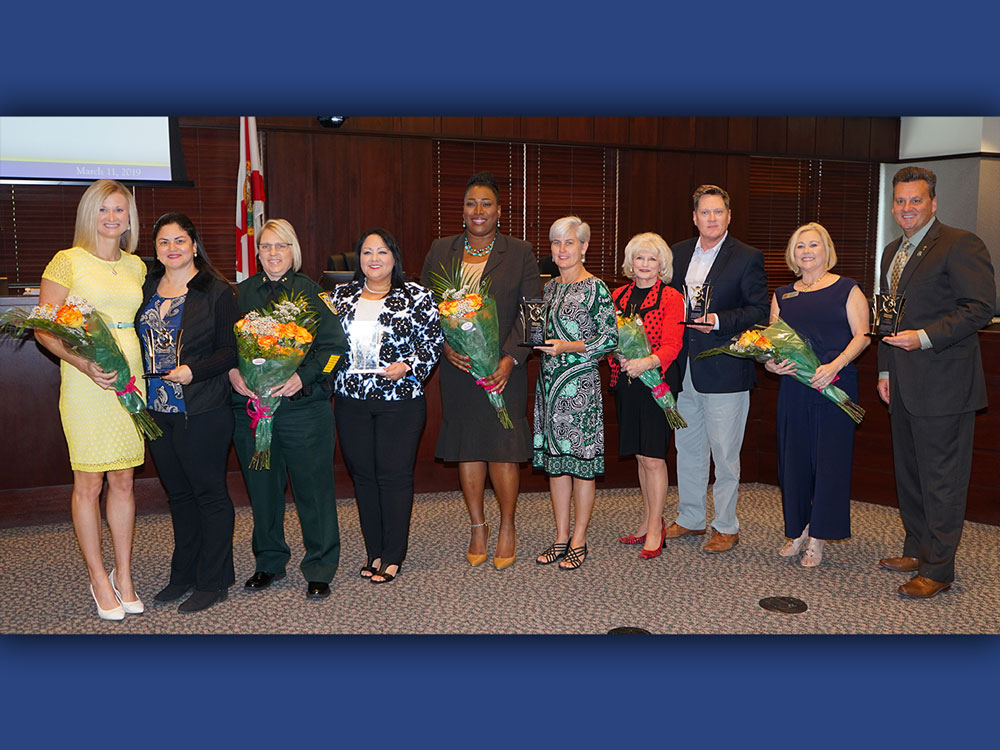 “These honorees exemplify the strength and diversity of the women in our community who lead through action, and share freely of their wisdom and compassion,” said Osceola Commission Chairwoman Cheryl Grieb. “These five women are role models for public service, and have dedicated themselves to making Osceola a better place – we are thankful for their continuing service.”

The impetus for the award started five years ago after Viviana Janer was elected to the Commission. Each commissioner selects a nominee for the award.

“It is more important than ever to honor these women who lead, inspire and empower us,” said Janer, who is currently vice chair of the Commission. “The accomplishments of this year’s group demonstrates how much women contribute to our society – not only as inspirational advocates and leaders, but also as a voice for those who need support and understanding.”

This year’s Woman Warrior honorees include: