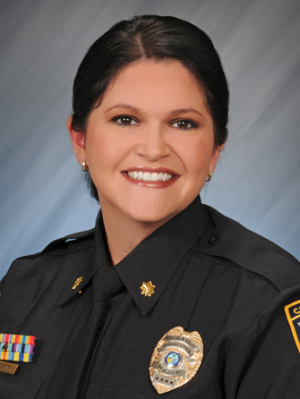 Allison Jackson received both her Bachelor's Degree in Criminal Justice and her Master's Degree in Criminal Justice from the University of Central Florida. She received her Certification in Public Management from the Florida Center for Public Management at Florida State University and is a Certified Jail Manager through the American Jail Association.

Over the years, she has held several positions within the Department and previously served as the Department's Inmate Services Manager since 2011. In this capacity, she provided oversight and management of the following departments: Inmate Records, Bonds and Dockets, Court Services, Inmate Classification, Inmate Educational and Vocational Programs, Inmate Medical, and Community Corrections, which includes Pretrial Release, Home Confinement, and Misdemeanor Probation. Ms. Jackson was recently appointed as the Department's Major of Security Operations, providing direction and management of both personnel and work of both Security Operations and Support Operations.

She serves as the liaison between the Corrections Department and the judiciary and is the facilitator of Osceola County's Public Safety Coordinating Council.