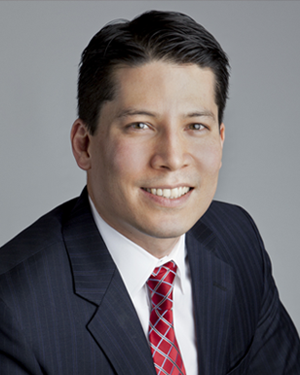 Brian Wong was appointed to the Tourist Development Council in 2011.

As the General Manager and part-owner of the Celebration Suites Hotel, a 604 all-suite resort on 20.5 acres of land next door to Old Town in Kissimmee, he has guided the transformation of the hotel since February 2009 making it one of the top hotels for international guests in Kissimmee. He has improved his hotel's ranking on Tripadvisor's Kissimmee hotel popularity index from #137 in 2009 to #30 currently.

Brian has served as Vice-Chairman (2011-2012, and 2016) and Chairman (2012 -2013, 2013-2014) for the TDC. He has also served as the TDC-liason to the Marketing Advisory Committee for Experience Kissimmee since 2011 to provide guidance on marketing strategies and industry trends. Brian is passionate about investing our Tourist Development Taxes effectively to promote Kissimmee as the top destination for families visiting Florida and sees continued upside to Osceola County’s tourism industry.

Brian began his professional career in 1996 at General Electric. In 1998, he graduated with honors from GE’s Financial Management Program where he worked in various roles in Finance, Strategic Planning, and Sales & Marketing. His experience at GE included holding leadership positions at GE Energy, GE Corporate Headquarters, and NBC-Universal. In 2004, while living in New York City, he decided to leave GE and help launch the Pricing & Inventory department for Nickelodeon, Nick-at-Nite, and The-N to help generate over $1 Billion in annual advertising revenues for the 3 Kid- & Family-targeted cable TV networks. In 2007, Brian joined the Tabani Group, a family-owned real-estate development firm based in Dallas, Texas, where he earned his Real Estate License and helped lead the acquisition of the Celebration Suites hotel in Kissimmee with his business-partner and best friend from high school.

Brian was born in Columbia, South Carolina, and his family moved to Fort Lauderdale, FL, shortly thereafter. At the age of 10, Brian's parents relocated the family to Kissimmee, FL, where his mother worked for the Osceola County School District as the Principal of Central Avenue Elementary and his father owned and operated a Chinese restaurant in Buena Ventura Lakes. Brian graduated from Osceola High School in 1992 and then went on to earn a degree in Accounting from Boston College.

Brian has lived overseas in Hong Kong and is conversational in Mandarin and is currently learning Spanish. Brian relocated to Kissimmee upon the acquisition of the Celebration Suites Hotel and he resides on-property. Brian was a founding member of the 192 Business Alliance in 2009 that helped to develop ideas to improve tourism in Osceola County's tourism corridor during the Great Recession. He has traveled extensively throughout Central & South America to help market and promote his hotel and Kissimmee. Since 2010, Brian has served on the Board of Directors for the Osceola County Historical Society, where he has been Chair of the Finance Committee from 2012 – 2014. In 2013, he was selected to be on the Board of Directors for the Kissimmee Chamber of Commerce and also asked to serve on the NCAA Sales & Marketing Committee for March Madness 2014 in Orlando.