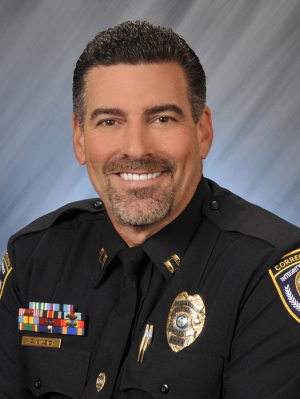 Captain Anthony Ciuzio started his career in Corrections in 1993 with Florida Department of Corrections where he held the positions of Correctional Officer, Sergeant, Lieutenant and in 2004 was appointed to the position of Regional Training Manager for the FDOC Central Florida Region. As the FDOC Regional Training Manager, he was responsible for coordinating training and staff development initiatives for 14 Prisons and 7 Probation and Parole Circuit Offices which encompassed 6,000 employees including 4,500 certified officers. In September 2009, Captain Ciuzio joined the Osceola County Corrections Department as the Training Manager. In March 2010, he was promoted to the position of Administrative Captain.

Captain Ciuzio is a Certified Corrections Manager (CCM) by the American Correctional Association and is currently working towards obtaining his BA Degree in Criminal Justice. Captain Ciuzio has extensive leadership experience, well versed in the area of training, security operations and holds numerous F.D.L.E. Certifications.

Captain Ciuzio is currently responsible for the Support Operations Division.