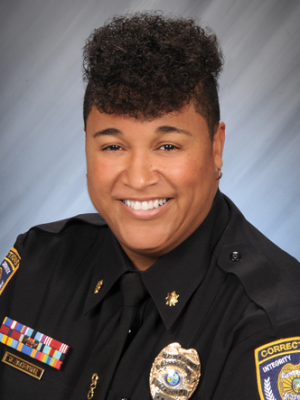 Yuberky Almonte obtained her Bachelors Degree in Criminal Justice from Trenton State College in 1994. She began her career in 1995 at Monroe County Jail in Stroudsburg, Pennsylvania and transferred to Lehigh County Prison in 1997. In 1999, she relocated to Florida and began working at Osceola County Corrections Department in 2000. Almonte is an active Field Training Officer, and a CMS Techniques Instructor. She has held various positions during her career in corrections, including Corrections Officer, Classification Counselor, Case Manager, Senior Case Manager, Internal Affairs Investigator, Corporal, Sergeant, Lieutenant and in 2010 she was promoted to Captain.