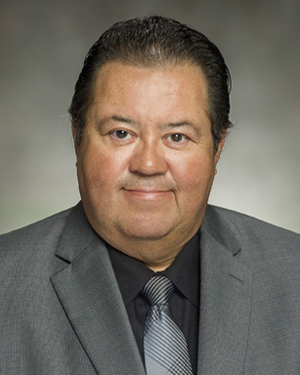 Guillermo Hansen has over 30 years of experience in the Tourism Industry in Central Florida and has been an essential part of growing Tourism in Kissimmee.

Hansen was a key part of creating the Florida Tour Operator Bond made to protect tourists.

Guillermo was also part of a group responsible for developing Central Florida’s transportation services for tourists.

Hansen was one of the organizers for the first International Sales Mission to Europe, Central America and South America with the theme “Florida Fever” International Tourism Campaign. He was also involved in the Central Florida Tourism campaign “We are Glad You Are Here.” Hansen was also responsible for taking the first Central Florida Tourism Caravan to Mexico City to participate in the first Tourism Expo organized by the Department of Commerce of the Unites Stated of America.

Some of Hansen's tourism positions include International Sales Manager for Circus World, International Sales Manager for Holiday Inn Altamonte, Director of Sales for Florida Citrus Tower, and Director of Sales for Hilton Riverside Tampa. In Mexico he became the GSA (General Sales Agent) for Alamo Rent-A-Car, Amtrak, Howard Johnson, Ramada Inn and Winnebago International Rentals as well as an official representative of the Florida State Department of Tourism. He has been present and witnessed firsthand the growth of tourism in Central Florida.