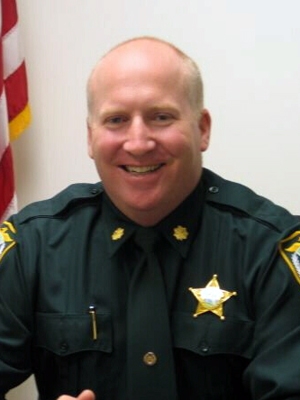 Major Jay Crose began his career with the Osceola County Sheriff’s Office as a part-time auxiliary deputy in 1985. The following year, he became a full-time deputy sheriff assigned to the Patrol Division. He has worked in Special Operations, participated in the turnpike drug interdiction team and, for eight years, was a team leader of the agency’s SWAT team. Promoted to sergeant in 1992, he supervised the Tourist Crimes Unit, and went on to become the first sergeant of the newly-formed Violent Crimes Unit. Promoted to lieutenant, he managed the Felony Apprehension and Surveillance Team, a unit of undercover detectives, and held other management positions in Investigations and Patrol. He has spent his entire career in either Patrol, or Criminal Investigations.

Born and raised in Osceola County, Major Crose graduated from Osceola High School and attended Valencia Community College. He is a graduate of the J.C. Stone Law Enforcement Academy, and of the 203rd Session of the FBI National Academy. Major Crose is married and has two children. He likes hunting, fishing and working with graphics on the computer, but says that spending time with his family is his favorite hobby.