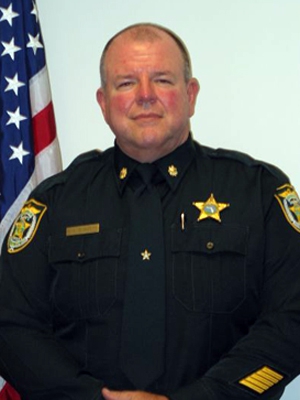 Beginning his career with the State of Michigan, Major Burnett has nearly 33 years of law enforcement experience. Since 1987, he has been a member of the Osceola County Sheriff's Office where he has held a variety of positions in Patrol, Criminal Investigations and Judicial Services. Major Burnett also has worked in narcotics, emergency management and accreditation. During his career with the Sheriff's Office, he has worked his way up through the ranks to become Captain of Criminal Investigations and Captain of Patrol.

Major Burnett has received extensive training in the areas of emergency management, and terrorism operational awareness and response. He served as the Sheriff’s Office representative to the state's Region 5 Domestic Security Task Force and Incident Management Team.

Major Burnett earned a Bachelor of Science in Criminal Justice from Ferris State University. He also is an honor graduate from the Southern Police Institute at the University of Louisville in Louisville, Kentucky.