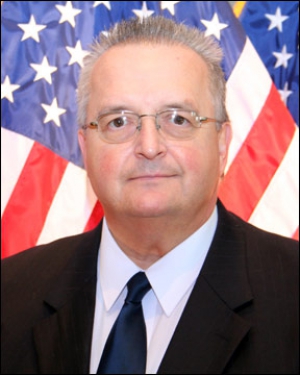 Paul Metzger is a graduate of the Pennsylvania State Police Academy at Lackawanna College, Scranton, PA. He served as a Detective with a municipal police force in Luzerne County and held the rank of sergeant. He continued his specialized training with Pennsylvania State Police as a Crime Scene Investigator, Juvenile Officer and assisted the Attorney Generals Office Narcotics Unit as Crime Scene Photographer.

In 1995, Metzger moved to Orlando, Florida and accepted a position with the Department of Juvenile Justice. While with D.J.J., he supervised clients on electronic monitoring for Orange and Osceola counties and served as a court liaison in Osceola County. In 1999, Paul transitioned from DJJ to Osceola County Probation and served as an adult probation officer. A year later, Paul interviewed and was hired for his current position as the Osceola County Forensic Drug Testing Lab Supervisor. He completed his lab tech training with Olympus Diagnostics in Dallas, Texas and is currently certified by Dade Behring University and Alternative Bio Medical Services. Metzger is currently a trainer with the Drug and Alcohol Testing Industry Association DATIA, and an active member of the Florida Division of the International Association for Identification.

Metzger supervises the operations of the Forensic Drug Testing Laboratory, which includes two lab technicians in the collection, processing and distribution of laboratory drug screens for Osceola County and outside agencies.