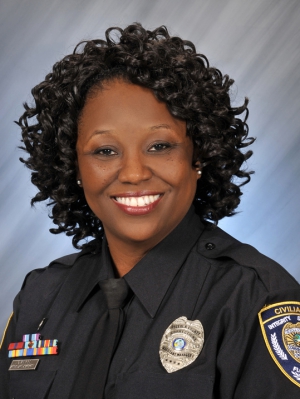 Tiffany Griggs began her career with the Osceola County Corrections Department in 2002 when she was hired as a Classification Counselor.  In 2004, she was  promoted to the Senior Case Manager where she served in that capacity until the implementation of the Inmate Services Division in 2011.  As the Unit Supervisor, Tiffany was initially responsible for the management and operation of the Bonds & Dockets Unit;  but, the role later expanded to include the supervision of the Court Unit and Classification.  In 2015, Tiffany was promoted to the Assistant Manager of the Inmate Services Division.  This role oversees the following areas: Bonds & Dockets, Court Unit, Classification,  Inmate Programs and the Community Supervision Units.

Tiffany received her Master's in Business Administration from Florida A&M University and Bachelor's degree in Public Administration with a minor in Criminal  Justice from Talladega College.  She is a Certified Public Manager (CPM) through the Center for Public Management at Florida State University and was a graduate of Class 15 from the National Jail Leadership Command Academy.