The mission of Mosquito Control is to control the diseases carried by mosquitos, such as malaria, yellow fever, dog heartworms, and certain forms of encephalitis.

To log a mosquito complaint or service request, please contact Mosquito Control at 407-742-0505. Please provide your name, phone number and address as the staff will perform a site inspection of the area to determine treatment options.

Mosquitoes go through four distinct stages of development during a lifetime.  Undergoing a complete metamorphosis, the four stages are egg, pupa, larva, and adult.

The full life-cycle of a mosquito takes about a month. After drinking blood, adult females lay a raft of 50 to 400 tiny white eggs in standing water or very slow-moving water.

Within a week, the eggs hatch into larvae sometimes called "wrigglers" that breathe air through tubes which they poke above the surface of the water. Larvae eat bits of floating organic matter and each other. Larvae molt four times as they grow; after the fourth molt, they are called "pupae".

Pupae also called "tumblers" also live near the surface of the water, breathing through two horn-like tubes called siphons on their back. Pupae don't eat.

An adult mosquito emerges from a pupa when the skin splits after a couple of days.  The adult lives for a few weeks. 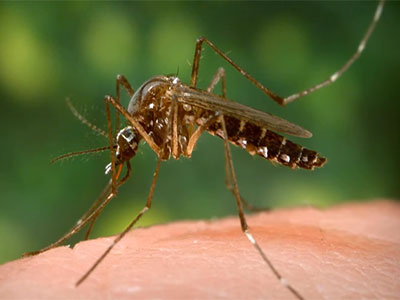 The Zika virus is another wild card dealt to us by nature. It was first discovered in 1947, but only recently grew into one of the newest global health threats, primarily for pregnant women and their unborn children. 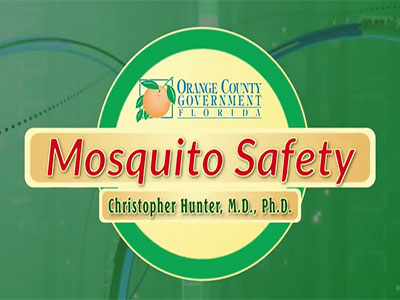 According to the Centers for Disease Control (CDC), common symptoms of Zika include fever, rash, joint pain and conjunctivitis.

Controlling Mosquitoes with Science, for a Better Life
Jul 13, 2016
View All Videos